Come See Us In Action: Upcoming Events » Log In » 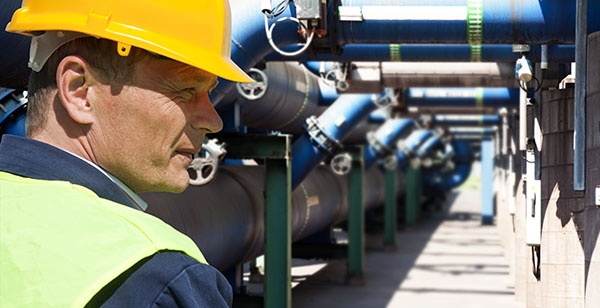 CMMS software has changed a great deal over the last decade. With the introduction of web-based applications, SaaS models and mobile apps, the industry has grown and developed in ways that have enhanced software functionality, user-experience, and access to top-notch systems. However, there are still some common misconceptions lingering about with maintenance management software that we feel need to be addressed directly so we can continue to inform people about where the industry is, and also where it's headed. We've compiled a list of six myths about CMMS and debunked them for you. Enjoy!

This may be the granddaddy of all the myths about maintenance management software, so we figured debunking it right off the bat would be appropriate. I want to type the following sentence in all caps so badly but I won't, because that's just rude, so please believe me when I say: CMMS software is not expensive, nor should it be. We'll get into some of the specifics of why it's not expensive later on, but for now, just trust me, the prevalent model in our business is one that attempts to minimize cost to our customers, mainly for the purposes of removing barriers to entry for small to medium sized businesses and ensuring customer success isn't hindered by a limited budget.

So why is it that some CMMS systems are still expensive? Well, for one, there are companies out there, just like in any industry, that haven't embraced the new model. Either due to success of the older model, or a lack of desire or ability to evolve, these companies still price their product on the higher end; fair enough, if it works for them, that's great, but we believe that software should be affordable, and many others in our industry believe the same, which is why price has fallen so steeply over the past few years while product quality has never been higher.

So here's a myth that's a little tougher to tackle because it's partly true. Setting up a good maintenance management system does take time, especially if you're starting from scratch. If you already have a system and are converting to a new one, and if your data is in good shape, you'll probably save yourself a great deal of time over fresh systems. In saying this, there are some ways that companies are helping minimize the pain of the setup process. For one, the introduction of mobile apps and the ability to walk around a facility or operation, snap a picture, input equipment information, and move on, has completely shifted this process from cumbersome to clean and simple. Using mobile apps, the same process can be expanded to include parts in a store room. Instead of dragging around spreadsheets and going back and forth to a computer with inventory reports, pretty much anyone can walk around a store room, take pictures, and input part information including location and on-hand inventory.

These two processes alone can cut down days of setup work. On top of that, the ability to build a library of equipment, preventive maintenance, condition assessment, and work information about your facility, and drag and drop items from that library into your system eliminates a ton of system setup time as well. In all, modern CMMS software gives you the ability to reduce setup time, and focus on what really matter, keeping your operation running smoothly.

Ten years ago, maybe, today, not a chance. Modern CMMS software, just like pretty much everything else, is getting easier to learn. There isn't a need for hours and hours of training anymore. Onboarding is becoming a rapid process, and with constantly improving help documents and support, and with vendors like us continuously simplifying our products to remove confusion, even someone with little to no experience using software or mobile apps can quickly acclimate themselves to the program.

Here's a quick story. I was working with a customer and we were going over our web application, which while very simple is still more difficult to learn when compared to our mobile app. One of the team members of this customer had never really worked with a computer and specifically said, "My son does all my Facebook for me". Well, as you can imagine, at first he was nervous and the process was a little difficult, but after only two hours of training he was going over elements of the system with new team members and was asking me questions that made perfect sense and expanded his knowledge of our product, it was a great success!

This one might be the easiest on the list. Nope, no installation required. No servers, no downloads (except for mobile apps, but that's unavoidable), no equipment to buy. Just log in and get started. You can be up and running in minutes.

Here's one that used to terrify IT when Software as a Service (SaaS) models first hit the market and data was moved from on-site servers to the cloud. This is less of an issue of confusion these days as SaaS offerings have essentially become the norm and IT has shifted from on-site data management to support, security, and policy management for hosted applications. We take great pride in data security, and we know other CMMS providers do as well, so there isn't anything to fear from your data being housed on our servers, only speed and flexibility to be gained.

Myth #6: Your Team Will Hate it

We've seen this one less and less over time, but this used to be a pretty unavoidable issue. We'd get asked the question, "How am I going to get (insert name of team member with 30 years of experience here) to want to use your product? I can barely get him to turn in his paper work orders!" I like to think our team would respond with something witty and impactful and 30-year experience guy would fall in line, but then I remember this isn't a sitcom and people opposed to learning a system like maintenance management software have legitimate concerns, such as:

Luckily, most of this article is about addressing concerns such as these, and rallying your team around the idea that a CMMS will make their lives easier rather than harder. For example, if the team member doesn't understand software, that's fine, there's apps to simplify it, help information, walkthroughs and more. They want to be out working to keep your operation running? Great! They've got a phone or tablet right? No computer required. We have clients where no one but the maintenance manager even uses the actual web application, and that works fine for them. Lastly, if a work order takes ten seconds, and checking out parts takes ten seconds, and those twenty seconds could save hours of work later, and help document work performed so it's easier next time, isn't that worth it? We like to think so.

Here's our last myth, and it's a tough one. We know that time can sometimes be a bigger determining factor than money when it comes to starting a new project. That's just the thing though, we think that once you see how far CMMS software has come in the past few years, you'll believe, just like we do, that rather than viewing CMMS as a project that will burden you and take your time, you'll view it as a vital tool that can save both time and money in the long run. By leveraging new technology, you can ensure that your operation runs better than it ever has, with less breakdowns, happier employees and customers, and more time to focus on improving operations, rather than fighting fires. That seems like a pretty great reward for a small time investment in properly implementing a maintenance management software.